New Orleans is filled with crow energy. They fly from rooftop to rooftop leading those who heed the call down roughly paved streets and into new territories. There’s a legend whispered through the winding paths that Marie Laveau never died but changed herself into a crow so she could watch over the place she called home. For many the allure of Laveau’s mythology brings them to the places she frequented in the city she called home.

Marie Laveau is said to have been born in the French Quarter of New Orleans on September 10, 1801, although some sources say 1794. Her parents were a wealthy Creole plantation owner named Charles Laveau and his mistress a recently freed slave Marguerite Darcantrel who was part part Choctaw Indian. It’s said her grandmother , Catherine Henry worked as a slave in the Roche- Belaire house where she birthed Marguerite and her brother Joseph. Catherine was then bought by Francoise Pomet, a free woman of color and entrepreneur. Free persons of color often owned slaves then. In 1795 for the price of 600 pesos in cash, Catherine became a free woman. She changed her name to Henry, after who was believed to be the father of her children (her former owner) and bought a piece of property on St Ann which was where she lived and worked as a merchant. Marguerite was liberated from slavery in 1790 and shortly after became the lover of Henri D’Arcantel. The birth of Marie resulted from a brief affair with Charles Laveau who went on to marry another free woman of color. Marie and her siblings were the first of their families to be born free. (I have since learned many of the articles and information researched online for this are directly from A New Orleans Voudou Priestess: The Legend and Reality of Marie Laveau by Carolyn Morrow Long. She was also the first to make the connection to Marie’s grandmother, the purchase of her freedom, and lineage there.)

For the rest of the blog post, visit The Vardo 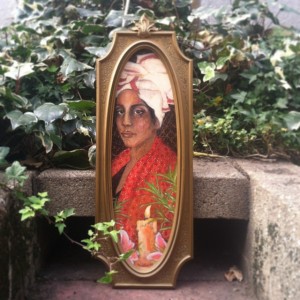